FOR ALL MEMBERS: JOIN THE ANNUAL MEETINGS ON FACEBOOK LIVE

The 2018 ICOM Annual Meetings in Paris, France, are just around the corner. As ICOM keeps expanding its membership across the world, finding new ways of connecting with our members has become our number one priority. For the first time, the Annual Meetings will be available through Facebook Live, making them accessible to the largest number of our members. Three sessions will be retransmitted on real time: the keynote speech, delivered by artist Fred Wilson, the General Assembly, and the vote on the city that will host the 2022 ICOM General Conference. We will also encourage participation through our other social media platforms, Twitter and Instagram, via the hashtag #JuneMeetings. 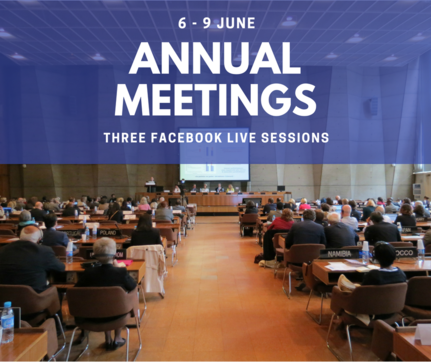 The Lowe Art Museum, our host of the UMAC annual Conference next month, has just released a note for the media. 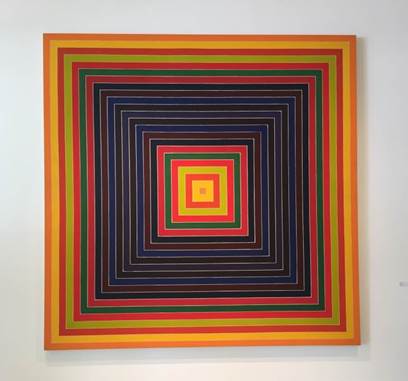 Read it here and find out more about the Lowe in UMAC World Database.

The three nominees for the UMAC Award 2018 have just been announced. This year we have fantastic projects from the Université Libre de Bruxelles (Belgium), the University of Coimbra (Portugal) and Perm University (Russia).

Read more about them here. 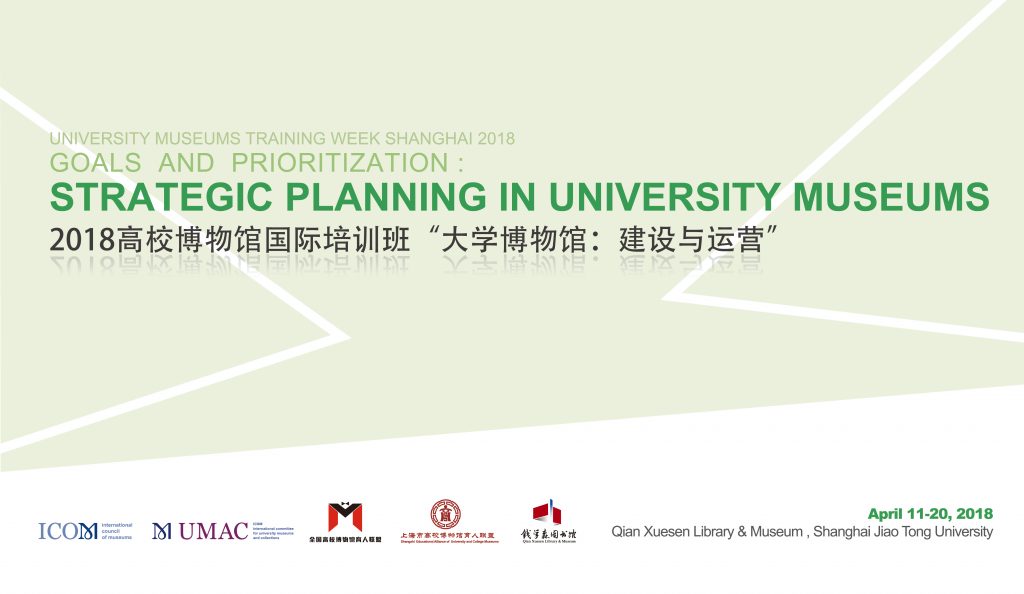 On April 11th, the University Museums Training Week Shanghai 2018 (UMTWS 2018), co-organized by University Museums and Collections (UMAC) of International Council of Museums (ICOM), National Educational Alliance of University and College Museum (NEAUCM), Shanghai Educational Alliance of University and College Museums (SEAUCM), and Qian Xuesen Library & Museum of Shanghai Jiao Tong University (QLM-SJTU), was officially opened at Qian Xuesen Library & Museum. The opening ceremony ended up with an extremely vibrant and heated panel discussion themed on “University Museums: Striving towards Excellence”. The experts of university museums from various countries delved into in-depth dialogues in the discussion. Fresh perspectives are presented and debated for the future development of university museums in China.

UMAC is delighted to announce that this year’s edition of the University Museum Training Week Shanghai is better than ever!

It will take place between 11 and 20 April at the Qian Xuesen Library and Museum, Shanghai Jiao Tong University. 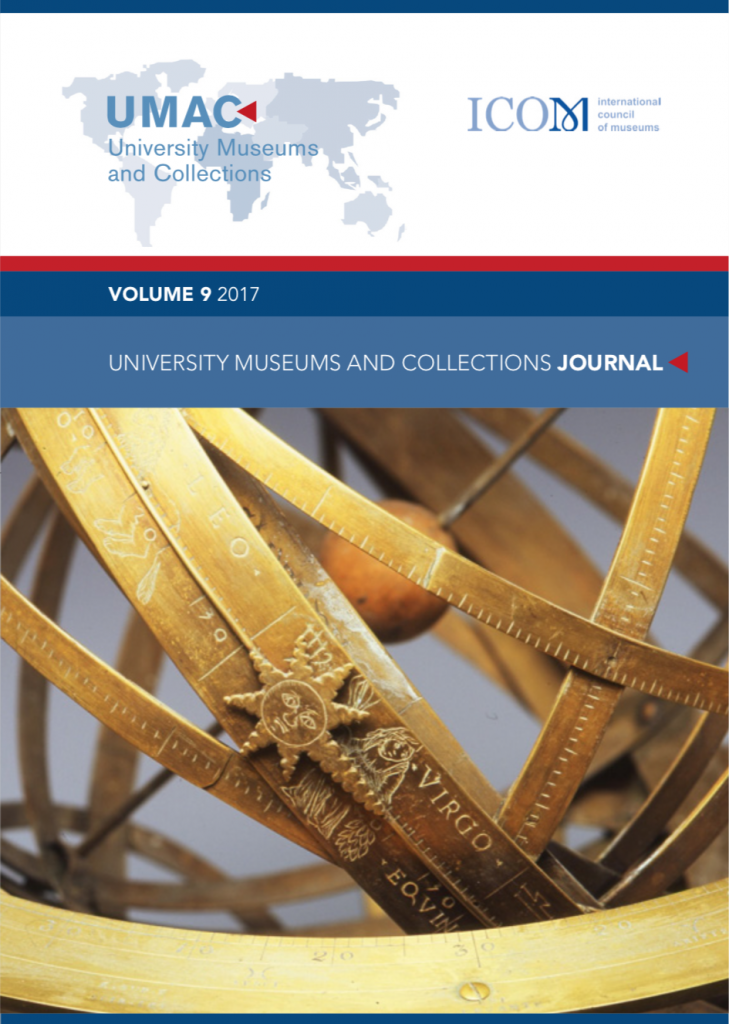 Issue No. 9 of our journal UMACJ was just launched! It includes papers presented at the 2016 UMAC Annual Conference in Milan, Italy.

The UMAC Award is presented annually to a university museum or collection in the world whose projects or initiatives demonstrate innovation and creativity, excellence and transferability of ideas that can be adopted by other university museums and collections, and that have significant impact on the host university, the community or society at large.

The nominees for the 2017 UMAC Award are (in alphabetical order):

The Fair has encouraged and supported the efforts of Native communities in Oklahoma and the surrounding region to document, revitalize and perpetuate their ancestral languages. The growth of the Fair over 15 years has established the event as a major celebration of indigenous languages.

Replication of the Curie experiment on radioactivity

The first quantitative measurement of radioactivity was made in 1898 by Pierre and Marie Curie. They used a prototype experiment based on a quartz balance. These measurements led to the discovery of radium and polonium.

In 2015, Bernard Pigelet and Dominique Bernard achieved the delicate replication of the Curie prototype at the University of Rennes 1. Using an original quartz balance and pieces from historical instruments identified in the collections of the University they could make the experiment fully operational and it is now regularly presented to the public, through a permanent exhibition, online videos and particular events.

The ‘I C Taiwan Exhibition’

The NCKU Museum, cooperating with National Technical Museum, the City of Prague Museum and the Mendel Museum of Masaryk University in Czech Republic, presents the exhibition ‘I C Taiwan’ as the largest international exhibition organized by a Taiwanese university. The exhibition features a matrix of interdependent themes about Taiwan; the melding of religious cultures, the innovation of traditional techniques in cope with preserving historical and cultural heritages. The Czech museums hosted the exhibition from July 2015 until January 2016.

The winner of the Award will be announced at the UMAC 2017 General Assembly, 6 September, in Helsinki.

MUSEUM BOOT CAMP: Surviving and Thriving within a University

This workshop is directed to museum professionals (particularly higher education museum professionals).
Participants will be introduced to the importance of aligning the museum/collection’s mission with the university (parent institution) mission; to evaluate the museum/collection’s educational role within the university structure; to apply basic theoretical and methodological skills to the development of a strategic plan, policies, and procedures; and to obtain a working knowledge of mission-driven strategic planning and implementation. 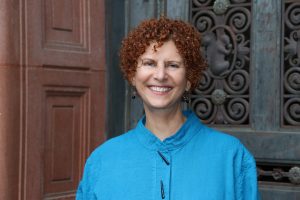 Jill Hartz has served as executive director of the Jordan Schnitzer Museum of Art at the University of Oregon, Eugene, since August 2008. She was director of the University of Virginia Art Museum in Charlottesville from 1997 to 2008 and previously worked in various capacities at the Herbert F. Johnson Museum of Art at Cornell University as well as in the publishing field.  She has organized numerous exhibitions, primarily in the contemporary art field, and is the editor of five books, including Rick Bartow: Things We Know But Cannot Explain (co-edited with Danielle Knapp, 2015) and Hindsight-Fore-Site: Art for the New Millennium (University of Virginia Press, 2003).  Knapp and Hartz co-curated the Bartow traveling exhibition of the same name. Ms. Hartz is currently president of the national Association of Academic Museums and Galleries and a reviewer for professional museum programs, including accreditation. She received her MA with Honors in English Language and Literature from the University of St. Andrews in Scotland in 1973 and pursued undergraduate studies at Oberlin College in Ohio.

UMAC is presently updating its website and, simultaneously, organising its archives.

Do you have images from past UMAC Conferences and/or other UMAC activities?

We are especially interested in images from the founding conference in Barcelona in 2001 .

More generally, if you have photos, manuscripts, drawings, ephemera or other materials that you think could be part of the UMAC archives, please get in touch with us!